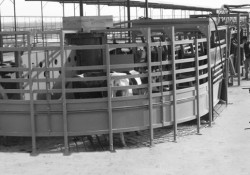 When you’re handling cattle, there are a few things that you need to remember.

They’re a lot bigger than you, a lot stronger than you, and they can move a lot faster than you. That’s why it’s so important to handle them safely. Some people never learn how to do that, and they usually end up paying the price in one way or another, in the form of injuries either to themselves or to the cattle.

Safe cattle handling is a skill. Some ranchers seem to be born with an instinctive knowledge of how to work around cattle, but they’re very much in the minority. Unless you’re one of those very rare “cattle whisperers,” you need to learn your way around these big bovines, and most of the time you’re not going to learn the ins and outs of safe cattle handling overnight. It takes time, experience, and usually a few mistakes.

How the Experts Do It – A Brief Overview

If you’ve ever watched a really skilled cattle handler, you’ve probably observed that they know a lot about how cattle behave, and they base their cattle handling actions accordingly. They work quietly, usually move slowly, and they don’t shout at the animals or at other handlers. They know that in any given year, approximately 10% of cattle handlers are injured on the job, and that good safety practices are the way to avoid injury. It also makes it easier to get things done, because usually, the safest way of doing something is actually also the most efficient way.

In order to maintain top production standards, ensure the well-being of your herd, and avoid being injured, follow these five important cattle handling tips.

As a final word, we can’t overestimate the importance of a quality cattle chute. The A.L. Silencer is one of the best on the market, and one of the safest means of handling even the most difficult animals. Call A.L. in Texas at 817-736-6920, or in Nebraska at 308-215-0258 to talk about the safest chutes available for you and your cattle. 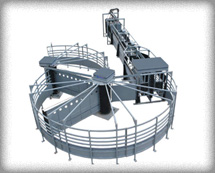 It’s amazing! My Silencer has eliminated the jumping and hip hanging. The cattle stay calm and immobilized, there’s great neck access, it’s extremely quiet during operation. This is the best chute I’ve ever used!